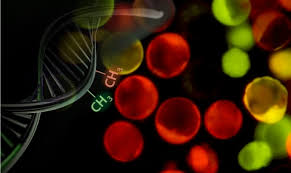 How do we measure aging?  Certainly, there is the passage of time and how many birthdays someone has had, but we know that aging proceeds more quickly for some people than it does for others.  The speed of aging depends on your genes but also various factors such as, for instance, whether you smoke, your diet and level of exercise, your stress levels, exposure to ionizing radiation, and many other variables.  A 50 year old executive will likely be biologically younger than a 50 year old homeless alcoholic who has had a hard life, to take an example.  Is there some other marker that indicates a biological age that is distinct from chronological age?  This question is critically important if we are to assess the effectiveness of anti-aging interventions and has been a matter of much debate.  Recently as our understanding of aging has evolved, scientists have focused on methylation patterns in the DNA as a likely proxy for aging.

These so-called methylation clocks presuppose a process of epigenetic aging in which the organism’s DNA is gradually ornamented with methyl groups and that this methylation pattern is a good indicator of how old someone really is.  These methylations happen at points in the genome where cytosine is bound to guanine through a phosphate group (CpG).  When these CpG sites are methylated, it changes the three-dimensional structure of the DNA and changes the way that DNA can be expressed.  The theory holds that the loss of function with aging happens because the heavily methylated DNA is shaped differently and cannot be read (or transcribed) as easily as it once was.

These methylation patterns were discovered using deep computer learning analysis of tissue samples, by Steve Horvath and others made possible by affordable array-based technologies and massive amounts of publicly available human methylation data.  Horvath was able to identify 353 CpG methylation sites that predicted the progression of aging from embryonic stem cell to old age.   Of note, this is a very small fraction of the total number of CpG sites, which is itself a small fraction of the other methylations, histone acetylations and other changes that happen with age, so keep in mind that this is a highly focused view on a a process that is immensely more widespread.  Since his pioneering work, many different age clocks have been described which employ a variety of clusters of CpG methylation sites.  It’s not clear if these clocks are measuring the same thing[i].  In fact, the different clocks may be measuring different biological processes.  And this makes sense, since we know that aging proceeds at different rates across different physiologic systems, it’s not going to be a question of a particular clock as it is of multiple clocks, ticking independently.  How do you assess aging in different tissues like the brain?  At this point, genetic material is not sampled from each tissue—nobody is doing brain biopsies— but rather only from white blood cells, and then methylation sites are assigned to tissues based on the type of protein coded by the DNA region.

Are these methylation patterns a marker for aging or are they actually driving aging?  This is not a settled question.  We do know that increased epigenetic age relative to chronological age has been linked to disease and mortality risk.  And removing methylations in mouse retinal cells (using Yamanake factors, see below) and reintroducing these cells into the retina using a viral vector reversed vision loss and cured blindness in mice.[ii]   The researchers believed that they were reprogramming the cells to an earlier (younger) state of their progression on the program of methylation.   Reprogramming means taking aged or otherwise faulty cells and tissue that have already grown and “differentiated,” and resetting them closer to an original state of induced pluripotency.  This is done using a group of transcription factors called Yamanake factors, discovered by the Nobel laureate Shinya Yamanaka.  These Yamanake transcription factors regulate the expression of DNA in such a way that the cell returns to a state where it can become any kind of tissue.  They are:

One of the actions of the Yamanke factors is to make possible the de-methylation of the same CpG groups that are theorized to drive differentiation and aging.  Myc is sometimes left out because it is associated with uncontrolled growth, leaving Oct/Sox/KLF aka “OSK” treatment.  OSK treatment in mice has been shown to reduce levels of methylation and also to restore function.  If reprogramming with OSK is pursued to its natural conclusion, cells return to pluripotency and can become cancerous.  However, if the reprogramming is done incompletely, then the cell simply becomes younger.  This is the aim of cellular reprogramming in a nutshell, and an enormous amount of money is being invested in this field ($3 billion for Bezos funded Altos labs last week) to capitalize on the technology.  The goal will be to safely do partial reprogramming, to avoid pluripotency and the risk for malignancy.  In a recent paper, they appear to have done just that with mice.

What is driving the methylations?  Is it just DNA damage, a stochastic and random process, as David Sinclair has proposed?  Or is it some programmatic process from birth to death?   We don’t know yet.  One observation supporting randomness is that methylation changes are more likely to occur at early and late replication sites in DNA.  In other words, when a cell divides and DNA is copied to create two daughter cells, the epigenetic changes are also copied.  The observation that the epigenetic changes are concentrated at specific sites relevant to the replication process suggests some mechanical issue rather than an external program driving methylation from embryogenesis to old age.  On the other hand, how is would it be that all cells in the body (or at least a statistical majority) should change their epigenomic methylation patterns simultaneously?  The improbability of this occurrence argues for a central regulator.  Thus far, empiric evidence either way is scant.

Another question is whether reprogramming creates a truly rejuvenated cell in every sense of the word.  We know treatment with Yamanake does not remove all methylations, but only important subsets of them. Is there longevity for these cells?  How do they behave over time.  These are questions that remain to be resolved.  Hopefully in the next decade we will see clinical applications that derive from this technology in human beings.  It will be expensive at first, but I’m sure at least one child with a previously incurable disease will be granted a normal life thanks to reprogramming.  And he or she will be free to age normally and watch the world gradually warm to uninhabitable levels and descend into geopolitical chaos, but that is a matter for another blog post.

The real challenge with weight loss is keeping the weight off.

When you lose a significant amount of weight (greater than 10% is the number that’s typically used, though certainly there is individual variability), the body does what it can to return to its original weight.  The body seems to have a functional weight set point that it defends irrespective of the extent of its internal stores of energy (in the form of fat).   The set point can increase over time because of environmental and physiological reasons.  For example, the hormonal changes of pregnancy or significant prolonged cortisol release from stress can increase the set point.  Also being placed in a new food environment such as going to college or working from home during a pandemic.  Interestingly, the set point can be raised but it does not seem to be amenable to lowering.

When we lose weight below the set point, the body counters with metabolic adaptive physiological processes that evolved to defend itself from starvation. These include the following mechanisms.

As a result, fewer than one out of six people who have lost a significant amount of weight can keep it off after a year. Even more alarmingly, there is a concern that by weight cycling, you end up resetting your basal metabolic rate lower across all weights.  So even after you regain the weight, you are still burning less calories, even at rest.  Why might this happen?

With weight regain, the body’s imperative can be understood as follows:  it wants to reconstitute fat free mass (FFM).  This includes lean muscle but also the weight of organs, bones and other non-fatty tissues in the body.   In Keys’ famous Minnesota weight loss experiment with conscientious objectors to WW2, over-eating and weight gain did not abate until FFM was reconstituted.  During weight regain, there was a desynchronization in the reconstitution of fat mass and fat free mass, so subjects ended up with an overshoot of fat return.  Meaning when you regain the weight, you end up with an increased percentage of fat as compared to muscle.  Fat is a less metabolically active tissue and so you should theoretically have a lower BMR at the new weight, and this is what is observed.

Is there a solution?  Possibly, and we’ll get to that.

Where does the set point reside?

How is this set point encoded and where does it reside in the body? Let’s consider two theories.

Bariatric surgery seems to evade some of the post-weight loss changes related to a set point, but only for a time and then not completely.  The commonly performed surgeries change the composition and concentration of bile-acids, which are important signals of satiety.  Also, because of structural changes in the gut, more nutrition passes to the distal part of the intestine causing increases in anorexigenic hormones such as GLP1 and PYY (hindgut hypothesis).  There may also be changes in direct signaling to the CNS.  Then the mechanical issues: the stomach is smaller, there is a fear of dumping syndrome if you eat too fast, etc.  All of these factors contribute to a functional reduction in the set point, at least temporarily.  Many people who achieve weight loss after bariatric surgery subsequently regain much of the weight.

But then how do we keep the weight off?